Is the ‘demise of hardware’ an exaggeration?

For a number of years, resellers and other companies within the IT sector have been braced to contend with the changing landscape, as new developments mean that companies of all types rely less on physical solutions and migrate almost entirely to the cloud. Digital transformation is revolutionising the way in which businesses operate, but does this shift mean that there is a diminishing requirement for physical hardware? We’d argue not.

Recent comments from Insight CEO Ken Lamneck rang true with the Evaris team. When asked to outline how resellers are planning to mitigate potential hardware sales declines and services, he claimed that the importance of hardware in digital transformation had been underestimated, particularly concerning areas such as the Internet of Things (IoT).

In this post, we delve deeper into this issue, examining the current state of play for resellers and the constantly-evolving landscape of IT infrastructure for businesses.

When you stop to think about the pace of technological change and the digital transformation many businesses are now embracing, it’s clear that the first step of the journey is to modernise infrastructure because technology forms the foundation required to deliver the products, services, applications and workloads every business needs to operate.

A company’s data centre comprises servers, storage and networking equipment. Modernisation of these components can typically include a shift to converged and hyperconverged platforms, increased investment in flash storage and ramping up adoption of virtualisation environments.

A reseller’s job is to take note of these developments and react wisely to them. For us, it’s not so much about mitigating declining hardware sales, but recognising that there are businesses for which a cloud model works better than infrastructure.

Hardware and IoT - a match made in heaven

We know that IoT is based on the premise of collecting data from devices and pushing it up to the cloud for processing and analysis. By definition, this means IoT devices themselves are not smart, and there is a lot of expensive bandwidth consumed by transferring all this data continuously. On top of this, there are a number of additional issues, such as latency and speed that come into play.

A solution to these issues is introducing hardware at the edge (ie. near to the source of the data, rather than in a centralised location), which allows some processing to take place at the source, making IoT devices smarter and leading to faster actionable intelligence.

Hailed by Lamneck as an “exciting opportunity”, so-called edge computing brings much more autonomy to all the devices used in IoT, making them more “smart”. It is defined as the IT infrastructure that exists near the devices, which means instead of the information having to travel the entire trajectory of the network to reach the infrastructure, there will be intermediate points to transform the data into valuable information.

In the future, it is highly likely we will see an even bigger shift to this approach, with IoT at the edge being a significant driver for hardware solutions, particularly in cases where it is not economical to perform all operations in the public cloud.

Speaking of IoT at the edge, Lamneck said: “It's building; we see it on the frontlines. I think that will start to become in the next couple of years a pretty significant part of the hardware revenue platform.

"It's not all going to go away. It may not be the same footprint server and storage that we see today at the edge, but there'll still be a significant amount of business flowing through there."

The digital transformation experts at Evaris are on hand to discuss your IT processes. Contact us today by calling 0330 124 1245, or email us at hello@evaris.com. 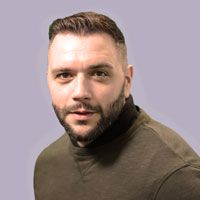