Momo challenge a hoax but the threat is real…

The press hysteria surrounding the Momo challenge is finally subsiding but despite confirmation that this is just the latest digital hoax spread by fake news, it raises important some important cyber security questions.

The challenge which involves children being set dangerous "challenges" by a character with bulging eyes hidden in videos or sending message over WhatsApp had been linked to self-harm and suicides.

Charites such as the “The UK Safer Internet Centre” have quickly come out to label the reports as “Fake News” indicating that there is absolutely no evidence for the press claims.

Whilst the “Momo challenge” may not be real it does expose the hyper connected nature of youth today with 87% of all children between the ages of 12 and 17 using the internet with teens spending an average of 9 hours a day online. Ironically, the propulsion of Momo into global news happened not because of stories of actual victims but by worried parents and a whipped up media willing to forego due diligence to get the story out quickly.

In this instance the threat was not real but it raises the question is enough being done by internet companies and application providers to ensure their users are safe. As a society, are we actively educating our youth on how to spot these dangers and more importantly what to do when they suspect they are being targeted? Should it be the responsibility of schools and colleges via the local authorities to educate their students on current threats and action to take or should it be down to social media providers to educate their users?

The majority of people who propagated the story did so with the right intentions but in hindsight ought to have sought evidence first. Beyond creating unnecessary panic and feeding the clickbait frenzy, how much emotional harm has been caused by impressionable children being exposed to do distressing content or discussions about such content that they would otherwise have avoided? Another risk is the inspiration Momo provides to those intent on finding new ways to spread harmful or extremist content.

If we think of enterprise users, the use of social media in work is greatly reduced however the threat of unsolicited and malicious prompts in the form of social engineering or phishing attacks embedded into video and audio purporting to be a legitimate business or training content is no less real! It’s therefore important that enterprises adopt appropriate user education and deploy systems which are able to analyse and protect users from untrustworthy, fake sources and prevent critical information leaving the building.

The National Online Safety organisation have published guides for parents and carers detailing how to respond to the hoax, how to better monitor online activity and how to have meaningful discussions with kids about online safety. 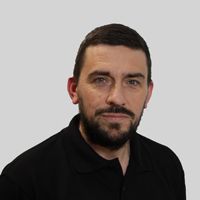 Revealed: the ticking software timebomb that's going to disrupt half of all businesses in January 2020... and how to prevent it. Claim your FREE COPY when you sign up to our exclusive content and offers newsletter!