The IT buying cycle is speeding up - what does this mean for your business?

The IT buying cycle has long since been a source of fascination for us, and other resellers, who specialise in having the knowledge to offer advice at the right moment for both new and existing customers. And for many years, elongated sales cycles have been a bugbear for resellers, as businesses have failed to make purchases in the wake of the financial crisis.

For a number of years, the IT industry has struggled to attract customers to purchase high-ticket items due to a lack of confidence among firms, resulting in them holding off making large purchases for as long as possible - even if it puts them at a competitive disadvantage.

However, this all looks set to change.

Research conducted by CRN and its sister publication Computing revealed that the tendering process is set to speed up dramatically in the coming years, as the evolving technology landscape means businesses have to compete quickly and effectively to retain a competitive advantage.

The study saw 275 IT decision makers at UK end-user businesses questioned about the average length of tendering for an important business technology purchase currently. Then, they were asked what it was three years ago and what it was likely to be in three years’ time.

Findings revealed that three years ago, 24 per cent of end users took over six months to complete an important purchase, but only 14 per cent take that long today. That figure is expected to fall to just nine per cent in three years’ time. At present, just two per cent of respondents said they take an average of less than one week to complete an important purchase, and eight per cent said they expect it to take less than a week in three years’ time.

So, what’s the reason?

The majority of businesses expecting their buying cycle to shorten considerably cited digital transformation as the main reason behind this acceleration. Yes, we know this is a term that’s being thrown around quite a lot at the moment, but it tells us quite a lot about the changing landscape for businesses that are increasing their digital adoption.

What does this mean for end users then? Well, if your business is dragging its heels in the transition to digital, you may find yourself lagging behind your competitors who are quicker off the mark. It’s time to adopt the faster decision-making of your peers, and thereby their capacity to deploy technology at a greater speed. 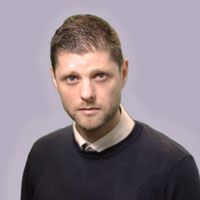